Our many well-preserved monuments keep the history of the Karlsruhe TechnologyRegion alive.

The eventful history of the northern Baden region is reflected in its many castles and palaces. Not to be missed are our major Baroque residences such as Rastatt Residential Palace , the ecclesiastical Bruchsal Palace, Rastatt Favorite Palace – Germany’s oldest “porcelain palace” – Karlsruhe Palace and Ettlingen Palace, to mention but a few.

The Southern Wine Route region is home to Trifels Castle, the royal stronghold dating back to the Staufer period in which Richard the Lionheart was held prisoner in the 12th century. The ruins of Madenburg Castle are one of the largest castle complexes in the Palatinate. They date back to the 11th century and have been comprehensively renovated, giving us an impressive picture of their former glory.

Find out more about all the castles and palaces in Baden-Württemberg and the Southern Wine Route region.

Everything at its finest in the Karlsruhe LeisureRegion. 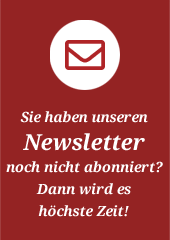